Despite popular belief, the Roman poet Sextus Propertius  is *not* known for his early Roman Bacchanalian sexting skills. In fact, there is very little proof whatsoever that he would chisel out giant, marble chunks resembling his junk and then messenger them over to unsuspecting maidens of his day. What old Sextus DID gave us this saying in Elegies: "Always toward absent lovers love's tide stronger flows."

Today, because we’re far less cool and poetic, not allowing words to drip from our tongues like honey (I *might* have just re-watched Dead Poet’s Society...) we would say that absence makes the heart grow fonder. And then text your long-distance loved one a close-up junk shot.

And in many cases, this is true. Having to wait for something, not having it constantly at your fingertips, not constantly being around it makes it more desirable. So does that make the converse true? If something is always there, always available, always ready for consumption, does it become less yearned for?

What made me think of this was a question someone asked me the other day. It was a simple, innocuous question akin to, “What did you have for lunch?” They asked, “What is your favorite kid’s movie?”

And while I immediately knew the answer – Willy Wonka and the Chocolate Factory (part of my Top 10 Films list) – the more interesting resonation was WHY was this my favorite kids movie? And I think the answer to that question points to a bigger issue and one that I think our modern society is losing. But first, we’ll need to step back for a moment, so please, follow me, right this way… 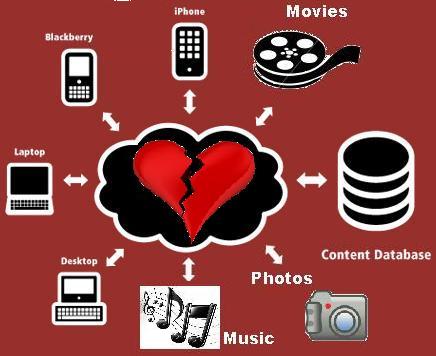 You see in the good old days – or what I like to call growing up in the 70s – there wasn’t a lot of TV. I think we were probably lucky to pull down 13 channels. And, in truth it was REALLY just channels 2-13, and there were gaps of unwatchable static mixed in there. But I can remember that we would wait – literally WAIT – all year for the annual presentation of Willy Wonka. This was a frickin’ family event! We would plan for it. We would gather together as a family, make it a big popcorn and Coke night and we would all sit down and watch Willy Wonka. It was brilliant.

That was because there was no Netflix streaming or RedBox corner pick-ups; there was no Hulu; no iTunes or Amazon or BitTorrent; there wasn’t even Blockbuster (nor my subsequent hatred of said Blockbuster) primarily because there weren’t even any VCRs.  The movie came on maybe a couple of times a year, and you planned for it and it built the excitement because you had that ONE shot to watch it. There was no watching it later that night, no catching the ending the next day, it was a now or never event and that gravitas added to the importance.

Now I could watch Willy Wonka any time I want to. It is sitting right there, just waiting for me. And yet, I can’t tell you the last time I did. That it’s always there, that its always available means that there’s no urgency to watch it. In a bizarre way, I don’t watch it because I CAN watch it. (I'm sure there is some Zen "life is water, water is life" kind of metaphor in there...) And if when I was growing up I could have walked over to the cabinet any old time I wanted to and popped in Willy Wonka, would it have meant as much? Would it have been as special?

Even when VCRs became available, there was still that excitement of viewing. I purchased my original VCR – a Sony Betamax, thank you very much – in large part because I wanted to watch The Twilight Zone. The Twilight Zone came on every night from midnight to 1 AM and for some insane reason, my parents thought I should be in bed at 9 on school nights. But with the VCR, I could tape the episodes and then watch them the next day when I got home from school. All day, thinking about which episode it might be. Would it be "Living Doll"? Would it be "The Fever"? Or would it be the taped Twilight Zone  equivalent to getting that weird, dud jelly-nougat filled piece of chocolate disappointment? And if it was a good one, I could save it for repeated viewing later, taking that spin into the eventual whirlpool of instant consumption that we have now.

Today, we have instant access to virtually any bit of media we could possibly desire. With my Kaleidescape system, I can watch any movie in my collection starting in about 2 seconds. From ocular recognition to brain decision, to finger impulse on the remote, to video stimuli on the screen. I don’t ever even need to leave the couch. And Lauryn can do it all without even being able to read. Find the cover you like, press play, watch movie. Or, with their new “Favorite Scenes” feature, I can just sit back and watch the cherry-picked moments from the movie, for those times when you just need a quick amuse bouche of your favorite film.

But that’s just what I own in my collection which is a few hundred titles. If I want more, I can turn to the hundreds of TV channels or the Internet. As Netlix and similar services grow their collections, it will ultimately be access to anything and everything. And with my computer or iPad or iPhone or whatever, I can not only watch anything but I can do it from anywhere.

Total musical bombardment and immersion is already more prevalent. I can remember another time growing up where I stayed home from school sick. I lay in bed all day with my General Electric clock radio beside me -- those angry red numbers pulsing and marking time like my fever – waiting ALL day to hear the J. Geils Band song, “Centerfold.” I lay there, drifting in and out of sleep, monitoring the station in town most likely to play that song, and then when it finally came on…bliss. My blood may not have run cold, but my memories were definitely not sold either. Today, I’d have pulled that song up in about 5 seconds, heard it and then yelled for some more chicken soup.

Ever really felt that level of unfulfilled need to hear a song anymore? Probably not. And if so, it proably only lasted as long as a car ride. Because if you REALLY wanted to hear something, Google could probably find it for you before you even finished typing in the song title. (All that talk of Centerold got me to reminiscing. So I just started playing it. You know, cause I could. And to prove the point. Also, that song makes me think of Christine Johnson, the girl I crushed on in the sixth grade.) For $10 a month you can have your choice of Rhapsody, Napster, Spotify and others and hear virtually any song in the world at any time. Don’t feel like paying? Use Pandora and your song will come around sooner than later. (Much sooner if it is a Jack Johnson song. I swear, it seems like every frickin' station is a Jack Johnson station!) We bought the latest Lady Gaga album on a $.99 Amazon promo a while back. I’d never gotten around to listening to it. But today I decided to pull open my Amazon Digital Locker and there was the album, just sitting there waiting for me, musical itch scratched. On my ride home, I can listen to one of 9500 songs instantly. Musically, I want for nothing.

I’m a bit conflicted here because, to be honest, I do love the ability to watch/listen to whatever I want whenever and wherever I want. But at the same time I wonder if maybe we aren’t losing something special because of it. If the trade-off for everything on-demand is that Lauryn and the other movie and music lovers of today will never have an opportunity to develop the same deep love for media the way that I do.

When you can consume anything virtually the second that it crosses your mind, are you just scratching a temporary itch or are you imprinting a life-long lasting love? I’d love to hear your thoughts.

Reply Kirsten
7:05 PM on July 28, 2011
You have raised an very profound question here. Even though I am sure "the youth of today" are capable of feeling that swirling surge of excitement when they hear their favorite song or see their favorite movie... I have to wonder it's the same thrill that we felt when we heard a song randomly played on the radio. It is the sense of anticipation that makes it more exciting, for sure. Even today, one of my favorite things about Pandora is the chance to randomly hear a favorite song.

Side note on Pandora: When its robot algorithms guess at my tastes and try to play other songs I might like, sometimes I don't like the new music at first. But when I hear the same randomly selected song again later, I feel the thrill of recognition and I like the song better. Isn't that funny? Just hearing a song again fools me into thinking I liked it once -- familiarity breeds affection in this case. Is that because I grew up listening to radio?

It's interesting, though, that while the bar is lowered by access, it simultaneously raises the bar for anyone who is trying to break though all the clutter created by access. In the old days, when you were the only show in town, there was no incentive to get noticed or get better.  Today, access creates intense competition, so you have to be good to get noticed.

Hmm, there's also the question of whether it's all just become a matter of quantity instead of quality.

I agree that in anticipation there is often appreciation. As a teacher, I also think that our current students (and some parents) expect much of their education/knowledge to occur instantaneously vs. realizing that a true education builds off of itself, and it can take time to acquire a solid base!
I DO know , though, that using an ActivBoard in the classroom can inspire more student participation and engagement in the curriculum. However, this stimulus can also turn off the simple act of just "listening" without all the bells and whistles--of appreciating being read to without visuals, so one can use his/her imagination to form the pictures. It is this use of imagination that is somewhat diminished in our current culture where everything is forcefed instanteously to a generation and little appreciation is realized in waiting for something "to build."